My Review Of Le Mystère’s New Leakproof Underwear For Women 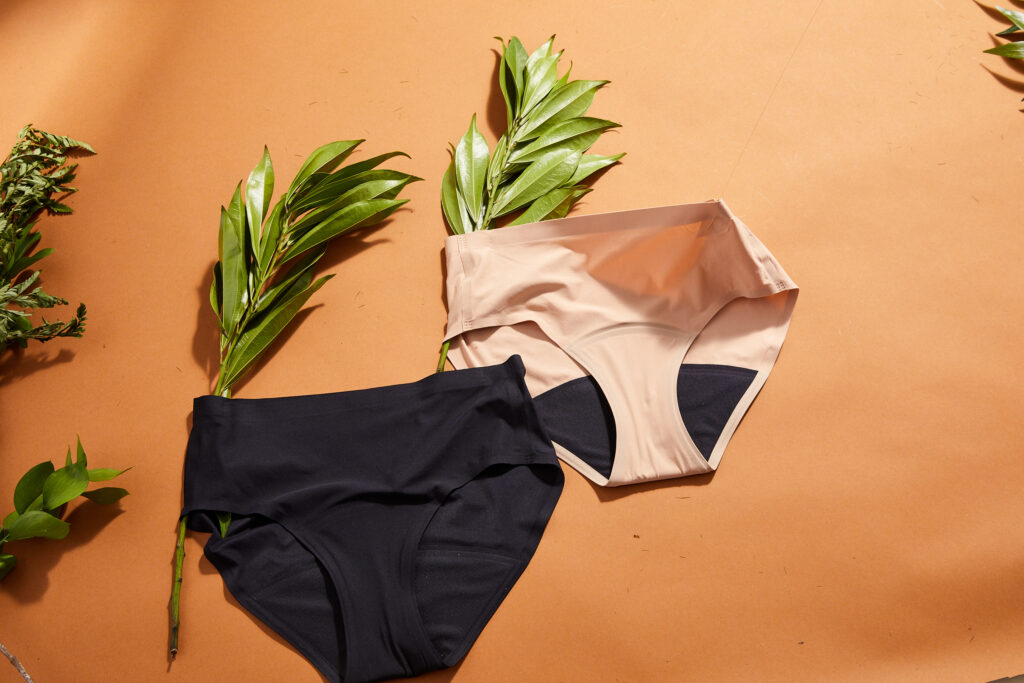 We work hard to find the best products. If you purchase through our links, we may receive a commission. We only share products that we truly believe in.

I have to admit, I had never tried leakproof period underwear. I’ve been hearing a lot about Knix leakproof underwear for a while, and I was vaguely interested in the concept, but not enough to jump on the wagon and buy some. Then I heard that Le Mystère was launching their own leakproof seamless underwear for women, and I was intrigued. I have always been a Le Mystère fan (the Le Mystère Dream Tisha T-Shirt Bra is one of the best bras ever!), so I decided it was time.

I ordered the Le Mystère Leakproof Underwear in all three styles— thong, brief and hipster. I wasn’t sure if I was a small or medium so I tried some in small, the other in medium. I started with nude and black since you can’t go wrong with the basics. They arrived just in time for my menstrual cycle this summer, and here’s my review:

How do leakproof underwear work?

OK, here’s the thing. This is an adjustment in our mind-set, perhaps one we should have started with from the beginning. Rather than wearing tampons or pads, you can just wear these super absorbent undies on their own during your period. If you are light to medium cycle, like I am, these are great. If you have a heavy flow, these are great as a back-up to your usual method. I know a very young girl who loves wearing these with her pad so that she doesn’t have to worry about leaking in school (the worst!). Some women with a heavy night flow love these with their pads for night-time leaking (how many sheets have we all ruined?!?).

What size underwear do you buy?

I am between a small and medium, but I found that sizing down felt more comfortable and secure in the Le Mystère leakproof underwear. They were overall a generous cut, but I didn’t want the underwear feeling loose considering they were holding in my period. The small was a winner for me. They do come in sizes small through x-large to work for many women.

How do leakproof underwear fit?

These Le Mystère leakproof underwear fit great. As I mentioned, I tried all three styles which included thong, brief and hipster.

Yes! I haven’t tried the Knix leakproof undies, but I will say that the Le Mystère underwear feel AMAZING. They are seamless and so soft! They do not give you panty lines thanks to the super-flat, bonded waistband and seams.They feel very luxurious, actually! The fabric is smooth, with a bit of a sheen, so clothing glides right over them. The fabric content is nylon and spandex, there is no cotton in this blend, which is why they are so resilient and easy to wear and wash.

How do leakproof underwear work?

There is a super absorbent layer built into the crotch of these leakproof undies. It’s in black (thank god!) and is about four times as thick as the underwear themselves. It’s very light, with a lightweight mesh overlay. It’s completely sewn down, so even as it absorbs your period, it stays completely flat and dry to the skin.

How do you wash leakproof underwear?

Since this was a new concept for me, I really had to come to terms with the washing situation. After all, these underwear are filled with blood and I didn’t feel good about throwing them in with my other laundry. I watched a bunch of videos with different methods on YouTube and I combined all of the great advice. I decided to set the used underwear aside in my laundry room (I have a mud sink) and hold off on washing until I had 3-4 dirty pairs. Then I washed those in the washing machine separate from anything else, on cold. They came completely clean and looked brand new after the cycle! I hung them to dry and they dried in half a day.

How many pairs of leakproof period underwear do you need?

I started with two pairs, but soon realized in order to launder them as mentioned above, I preferred having a rotation of period underwear. After having gone through two menstrual cycles, I decided that 5 pair was a good amount for me. This gave me two per day (one in the day and one at night) and I could hold off on washing until I had a good amount to clean. I would say in general you need at least 3-4 pairs. You could get away with 2, but then you have to be diligent in washing them each time you change (which is totally doable in the bathroom sink!).

Do you still need to wear a tampon or pad with leakproof underwear?

This depends on your cycle! These underwear totally take the place of a panty liner, which is great for the days leading up to or following your period. Now during your period, it depends on how heavy your flow is. For me, I wore these alone and they were all I needed. If you have a heavier period, or even a heavy period at night, you can layer these leakproof undies with your tampon or pad of choice. I was so happy to not have to use either!

Yes! This is a BRILLIANT product for young girls! If you think your tween or teen is about to start their menstrual cycle, or if they’re in those first irregular months, these underwear will save them from the horrific embarrassment that comes with getting caught unprepared. Nobody would ever know they weren’t wearing their usual underwear, and if they get their first period, they won’t leak through!

Can you wear leakproof underwear while you are pregnant?

Absolutely. These can take the place of panty liners which make them ideal for pregnancy. If you leak a little (even when you laugh!), these are great catch-alls that keep you dry and comfortable. You may most prefer the brief or the hipster depending on where they hit your belly and what feels good to you during pregnancy.

Can you wear leakproof underwear after you have a baby?

Again, absolutely. If you have had a C-section, choose the rise that will be most comfortable. Following birth, you would likely need a heavy pad in addition to these underwear, but once you get past the initial heavy period, you can lighten the pad or go without. These are great for the weeks and months after giving birth when you still need to wear a light pad or panty liner.

Are leakproof underwear good for the environment?

For me, a rotation of these underwear has saved me from buying at least a pack of panty liners and tampons per menstrual cycle— which is amazing. When I think of all of the trash that these underwear can replace in a year, or a lifetime, I’m blown away. Now multiply that times all of the women around the world and that would be huge.

How much do leakproof underwear cost?

These Le Mystère leakproof underwear cost $28 each. Buying 5 puts me at $140, which I would normally spend on underwear, tampons, pads, etc in a few months.

The Le Mystère Leakproof Underwear are the best for me! They are comfortable and seamless. They fit me perfectly. They are now replacing packs of tampons, pads and panty liners in my shopping cart each month. They save me money and are much more eco-friendly than the menstrual waste I went through month after month.

Did I mention the beautiful colors? Although I started with nude and black, I went back and ordered the Mulberry (deep magenta) and Ink Blue (turquoise) for some variety! They all have the black liner which is really practical.

Do I love the Le Mystère leakproof undies? Yes. Why wouldn’t I?